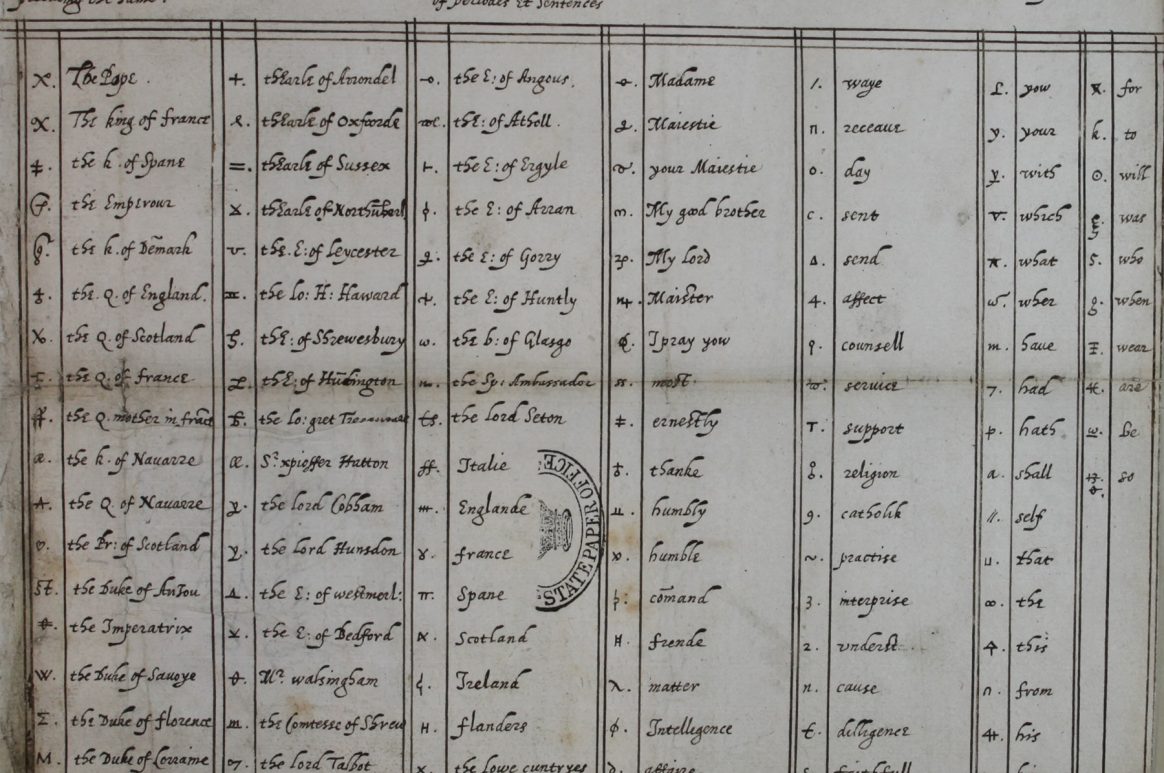 Codes are an extremely complex and interesting aspect of history. They appear frequently in times of warfare and discontent, with their main purpose being to allow two groups to communicate without being intercepted. However, they also serve a romantic and fun purpose. The idea of keeping secrets and communicating without the world knowing is one that fascinates many people. These two different aspects of codes were prevalent heavily throughout history.

An interesting instance of codes being used was within the Tudor period. Mary Queen of Scots produced a code of her own whilst being held under house arrest in England. She was deemed to be a large threat by Queen Elizabeth, who feared Mary’s influence over the Catholic population. In order to enable herself to communicate outside of her house arrest, Mary developed a relatively complicated code. Her code begun with a standard coded alphabet; however, it also featured many interesting aspects. Mary’s code was particularly sophisticated, using over 100 different ciphers in order to prevent the code from being cracked. She also includes many symbols with no assigned meaning in order to throw off anybody attempting to decipher the code. 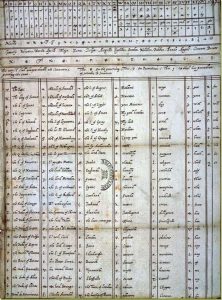 Despite the fact that countless hours of hard work went in to producing intricate codes such as the one developed by Mary queen of Scots, they can also be deciphered. In fact, it was through deciphering Mary’s code that she was incriminated, and this ultimately led to her execution. Due to the clear importance of the exchanges of coded letters, Elizabeth sent a team of coding experts to try and crack this secret code. One of the leading cryptologists of the time, Thomas Phelippes, was tasked with the job of cracking Mary’s code and was eventually able to. He did this by examining the symbols that she repeated frequently. Therefore, whilst the intention of codes may be to further the political and social lives of people within difficult situations, it is clear that the risks are also incredibly high.

From these ciphers, we can not only dive into the complicated rivalry between Mary Queen of Scots and Queen Elizabeth, we can also discover a great deal about Mary herself and her priorities. Within her cipher, Mary replaced commonly used phrases and names with different symbols in order to make her code quicker for her to use. Many interesting names were given symbols, including multiple important European figures such as the Pope. Through tracking the use of each of these symbols, we are able to track who the Scottish queen was communicating with and how frequently. The added difficulty of having to communicate through code emphasises the fact that if Mary was communicating with these people, it was very intentional and important to her. Therefore, the code is a very powerful tool for historians to examine, as it can tell us a lot about the relationships held between figures at the time.

To find out more listen to our podcast episode on Codes!