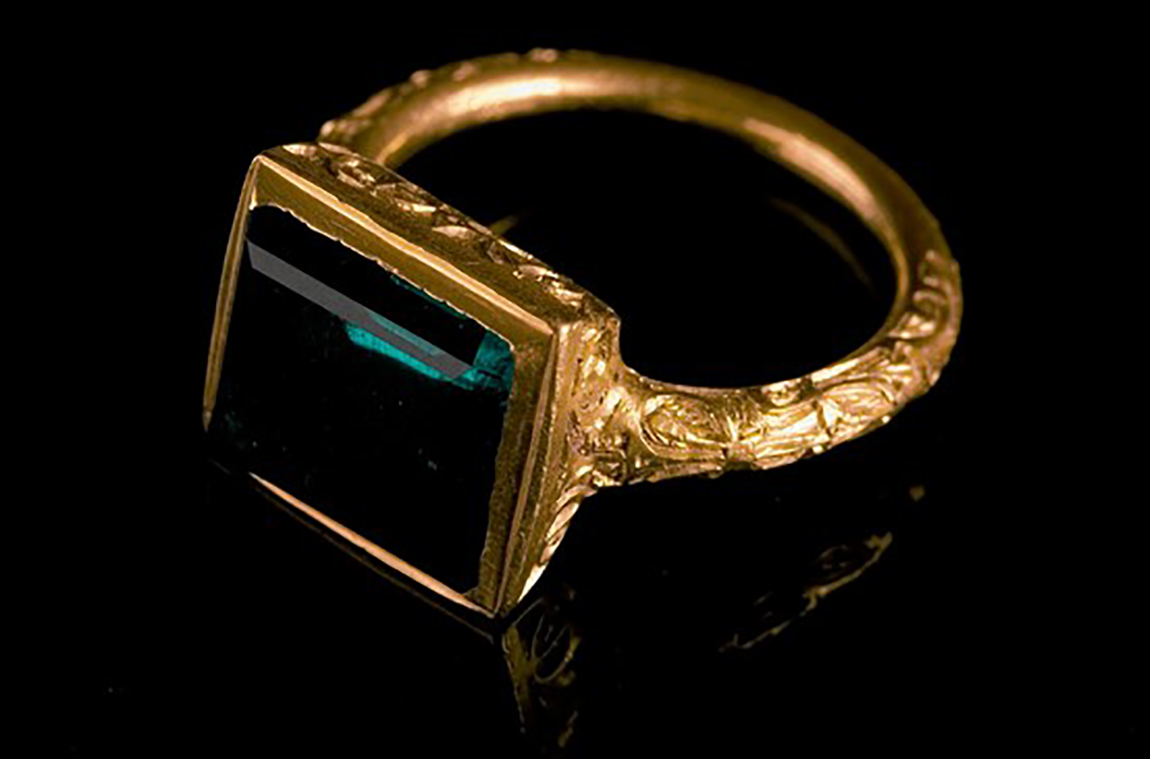 For this episode let us join the maestro of millennia, Professor James Daybell , and the president of the past, Dr Sam Willis, as they seek to forge from the ancient fires of antiquity the unexpected history of the ring.

So, keep your diamonds close and your emeralds closer as our bejewelled duo loop together the unexpected links on a journey from intimate messages inside a seventeenth century pose ring to DeBeers jewellers and the diamond mines of nineteenth century South Africa, from the New York advertising agency N. W. Ayer & Son to chicken farmer Mel Fisher and the wreck of the 1622 Spanish Galleon Our Lady of Atocha, from the injuries sustained by soldiers in WWII to Elizabeth I’s locket ring currently housed at Chequers, from Henry VIII’s military engineer Sir Richard Lee to the Turkish pirate Barbarossa and from John Leland’s The Itinerary written between 1535-1543 to the islands of Trobriand and the anthropologist Bronislaw Malinowski.

With as much bling as Cartier and Tiffany, Sam and James bedazzle and beguile to discover that this unexpected history is actually all about: tradition and family, identity and personality, love and affection, fidelity and memory, authenticity and commemoration, marketing and capitalism, wealth and status, advancement and technology, romanticism and mourning, communication and reciprocity, expectation and interaction.

Listen out as Sam makes a bet that Sir Francis Drake wasn’t decked out in rings galore whilst on deck and James brings out the graph! 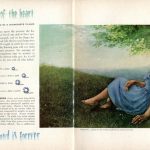 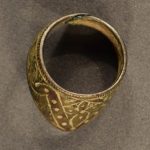 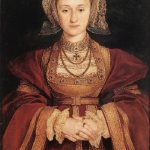 Portrait of Anne of Cleves, by Hans Holbein the Younger, 1539. 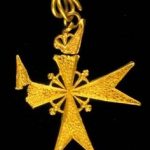 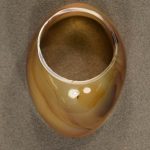 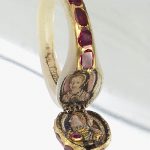 The Chequers Ring, worn by Elizabeth I. 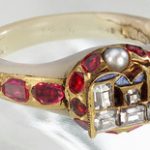 Another view of the Chequers Ring 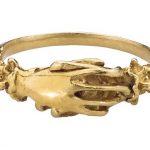 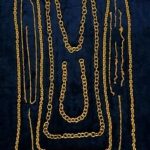 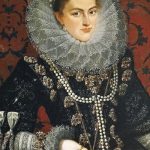 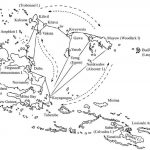 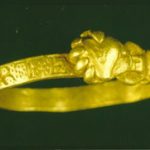 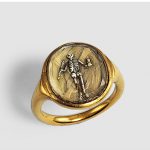 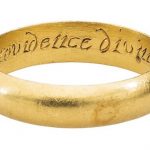 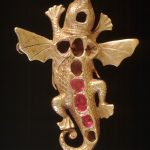 Gold and ruby salamander pendent, recovered from the wreck of the Spanish galleass ‘Girona’ which sank in 1588. Held at the Ulster Museum, Belfast 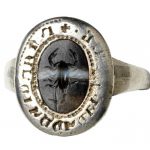 The etching within the ring dates from 2nd or 1st century BC and has been reset into a medieval ring. 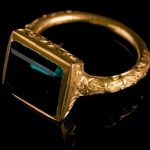 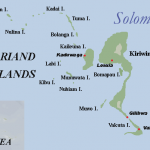 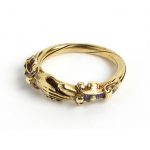 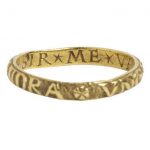 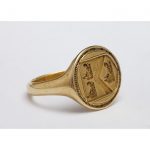 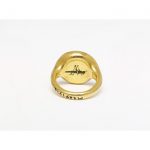 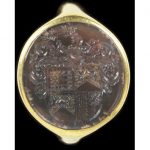 The Lee Ring – front face of the ring. 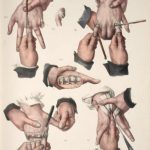 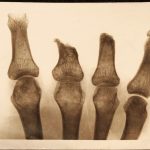 Picture showing the finger bones of Otto Seitz (1897-1971). The amputation followed a war wound he sustained. 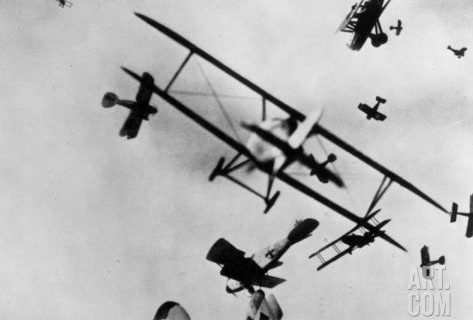 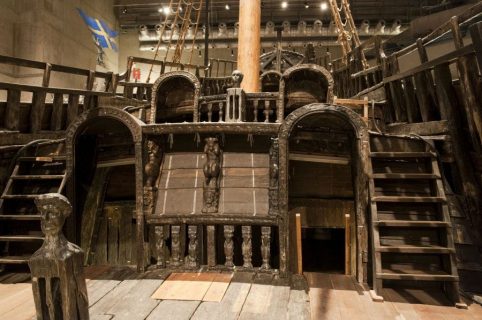 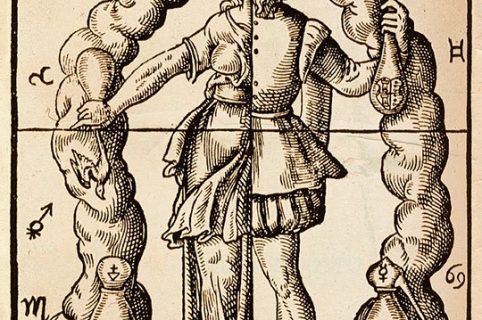