William III and a Tax on Light

Throughout history windows have been used as symbols of power and status, this has been most commonly displayed through large elaborate installations on war ships, religious buildings or stately homes. So why would collections of ornate buildings and other large houses lose their windows in the 17th and 18th century?

This was the result of King William III and the central government working together to create a window tax, which assessed the wealth and prestige of homeowners. This in turn led to many houses having windows bricked up or not having them built in at all. The effects of this tax was ultimately detrimental to the health and wellbeing of the poorest of communities as landlords began to brick up windows which previously had allowed access to sunlight and air

How Window Tax Changed the Architecture of  the 18th Century 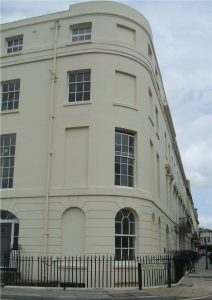 The window tax worked as a non-invasive tax that attempted to evaluate the wealth of the occupant(s) but was not meant as a tax on the poor, nor was its impact upon those members of the community fully appreciated at its outset. The implementer of the tax had failed to consider the living conditions of the urban poor populations, who often lived in large buildings that were rented out to several families, these building were classed as one dwelling. The landlords would be charged at ever increasing rates, leading them to look for loopholes in the system, where they could not pass on the charge to the tenants. One such gap was the removal of windows. Buildings which have undergone such reconfigurations can be found across Britain, Scotland and France. It was noticed that at the beginning of the 18th century the taxes revenue was declining as more and more windows were blocked up.

Another way to reduce the cost of this tax was through architecture design, as buildings started to be designed without light or ventilation, which drastically affected the health and wellbeing of the poorer communities. There was a wide range of detrimental effects to health, such as dysentery gangrene and typhus. In 1781 the lack of ventilation from a house of six families caused an outbreak of typhus that killed 52 citizens. It was the result of these epidemics that the tax was labelled as ‘Tax on Light and Air’. Despite this and the loss of income from the tax it was maintained for 150 years, finally being repealed in 1851.

The work of the window tax is crucial in the history of centralised government, for it allowed the taxation of homeowners based upon their wealth and social status. Even through it was full of loopholes and did not fully address multiply tenancies it was the starting point for which parliament could create a property tax. Sadly, whilst window tax started out as a means to assess the wealth of British homeowners it ended up becoming a tax on light and air, and ultimately affected those much further down in society than was initially anticipated. Perhaps most noticeably, in an aesthetic sense, it became highly influential upon the architecture of British residences and homes.

To hear more  listen to our podcast episode!