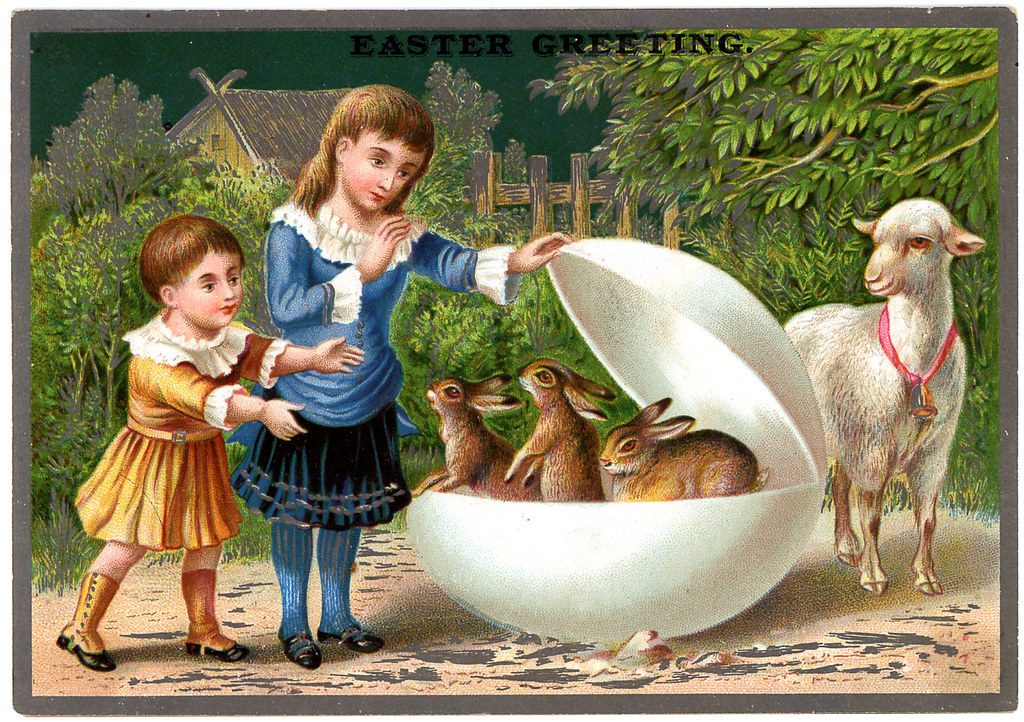 Have you ever wondered about the history of the Easter Egg? Ever mused about what’s really behind our present-day tradition of giving chocolate eggs as gifts on Easter Sunday, a practice that has been so enthusiastically embraced as a commercialized ritual, along with its bedfellows the Easter egg hunt and the Easter bunny? An estimated whopping 80 million chocolate eggs are sold each year in the UK alone! Perhaps less well-known are the customs of egg-rolling, pace-egging and egg-tapping (the last mentioned is basically a version of conkers, but with eggs!). But what is the history behind this current chocomania, which annually assaults both waistlines and teeth?

The egg itself has for centuries been one of the most important and adaptable symbols in myths and rituals across Europe and Asia, as Steve Roud makes clear in his book The English Year. Within the Christian tradition of Easter, the egg has long symbolized new life, birth, purity, fertility and regeneration: the emergence of the chick from the egg represents the resurrection of Christ; the egg’s oval shape is symbolic of the stone rolled away from Christ’s tomb; while early Christians stained eggs red to remember the blood of Christ shed at the crucifixion. More practically, eggs were a staple part of everyone’s diet – rich or poor – and crucially they were forbidden during Lent. This enforced abstinence explains their prominence in Shrovetide customs immediately before Lent, and at Easter when they make a return to the table. Eggs were given as gifts, paid as rent to social superiors in the medieval manor, and given to the church. In some farming communities, eggs functioned as a minor currency, and since hens were looked after by women within the household economy, this gave them a modest but regular income, as well as a rich source of protein with which to supplement their family’s diet.

The Egg as a Gift!

The very act of giving eggs of varying sorts – coloured, papier-mâché and even bejeweled – as gifts at Easter itself has a long tradition, as is illuminatingly shown by Ronald Hutton in his book Stations of the Sun: A History of the Ritual Year in Britain. In 1290 the household of the English king Edward I bought 450 eggs to be coloured, covered in gold leaf and distributed among his royal entourage. Other lavish gifts of eggs include one sent to a youthful Henry VIII in a silver case as a seasonal gift from the Vatican (before his split from Rome); and the Russian Tsar Alexander III in 1885 commissioned a fabulously expensive decorated Fabergé egg as a special Easter present for his wife. Before the Reformation, the Church blessed eggs as food after the Lenten prohibition, and this developed into a custom of hard-boiling and decorating eggs as presents for children.

The egg was therefore an incredibly versatile and symbolic form, gifted to the poor, to social superiors and the church, as well as to children. During the seventeenth and eighteenth centuries egg-shaped toys were manufactured for Eastertide; the Victorians gave cardboard and satin covered eggs filled with chocolates and gifts. It was not, however, until the early nineteenth century that the first chocolate Easter egg was manufactured in France and Germany, though these were predominantly solid rather than hollow. The first British chocolate Easter egg was produced in 1873 by J.S. Fry & Sons, closely followed in 1875 by John Cadbury. The practice of giving chocolate Easter eggs is now so ubiquitous in Western cultures that their manufacture in the UK alone is a multi-million-pound business; multi-national confectionary firms have appropriated and secularized what was a religious ritual. So popular is the custom, that in recent years even the hallowed National Trust has adopted the Easter egg hunt as an annual pageant as a way of drawing in the crowds. National Trust Killerton in mid-Devon has already taken delivery of 4500 eggs for its own egg hunt this season. In an odd sort of way, this modern-day incarnation of a much older custom is being used a way of peddling our nation’s history and heritage.

James Daybell is Professor of Early Modern British History, and Director of the Arts Institute. He co-writes and co-presents (with the TV historian and writer Dr Sam Willis) the chart-topping Histories of the Unexpected weekly podcast for Dan Snow’s History Hit (historyh.it/unexpected). James and Sam’s new book Histories of the Unexpected will be out in October, just in time for….Christmas. Ever wondered about the tradition of the Christmas stocking? Well, that’s the topic of a more Yuletide essay.

For more on the unexpected history of eggs, check out the special Easter episode of Histories of the Unexpected

Or why not check out our unexpected history of chickens! 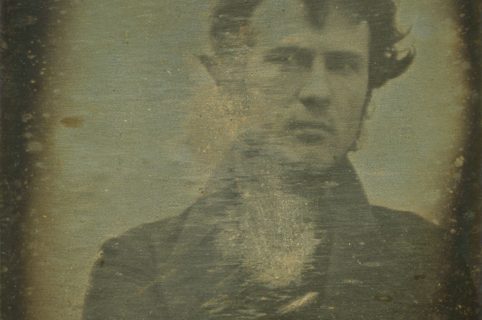