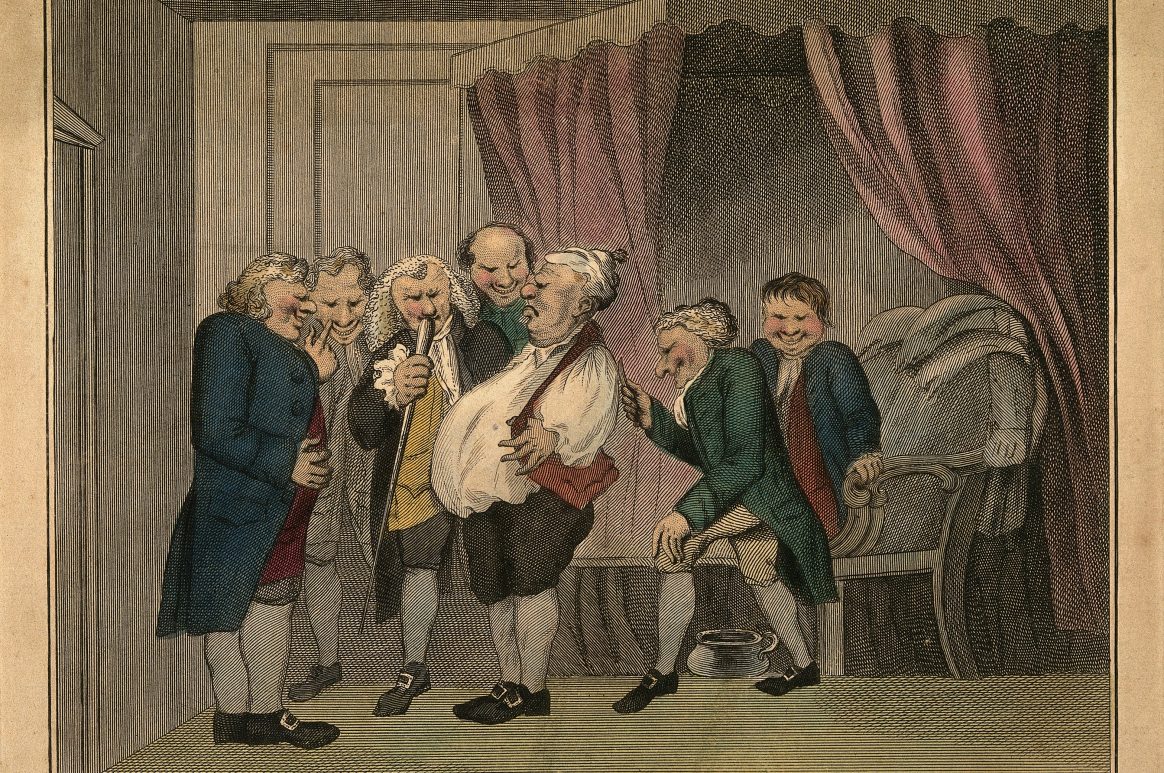 A History of Sweating!

Sweat has been and is an everyday occurrence, whether through working conditions (sweatshops), sweating palms (fear) or even just walking around in the sun; but like every ordinary aspect of life, there is a hidden history. One such hidden history that still holds a  fascination to many historians is the sweating sickness. The first recorded outbreaks of the ‘dreaded sweat’, as it was sometimes referred to, was during the late 15th Century.

The biggest enigma surrounding the sweating sickness was where did it come from? Some assumed it came from anthrax, others believed it was brought by invading armies. The idea that it came from invading armies is not that far-fetched as the Native Americans were  safe from European diseases, such as small-pox, until European conquest had reached America. Many historians believe that French mercenaries in Henry VII’s army brought the disease with them as it was little under three weeks after the Battle of Bosworth that the illness began to spread in England. This illustrates that the origins of the sweating sickness emerged during the Tudor dynasty. Erasmus, a well-known humanist notes that cleanliness around the household may be a cause. John Caius, a physician during the Tudor Dynasty, also supports this idea surrounding cleanliness as he attributes the disease to dirt and filth.

Another reason why the sweating sickness remains an enigma in medical history is that it only spread through England, hence the sickness also being referred to as the ‘English sweat’; Wales, Ireland and Scotland appeared to avoid it. This is surprising because the sickness was a fast-spreading one throughout the country and it did manage to affect other countries in Europe, such as Norway. The sweating disease could be deadly and those who were struck down with it experienced phases; firstly you would feel terribly cold, which lasted a few hours and then you would feel a sudden sweat. Anyone who lasted after the first 24 hours had a high chance of survival, such as the likes of Anne Boleyn and Cardinal Wolsely, key individuals during the reign of Henry VIII. There was no official cure for the sweating sickness as many people believed that it was a punishment from God. In conclusion, the sweating sickness is still a medical mystery in the 21st Century, illustrating the hidden history within not only sweat, but also in medical history as well.

To find out more about the history of sweat listen to our podcast!