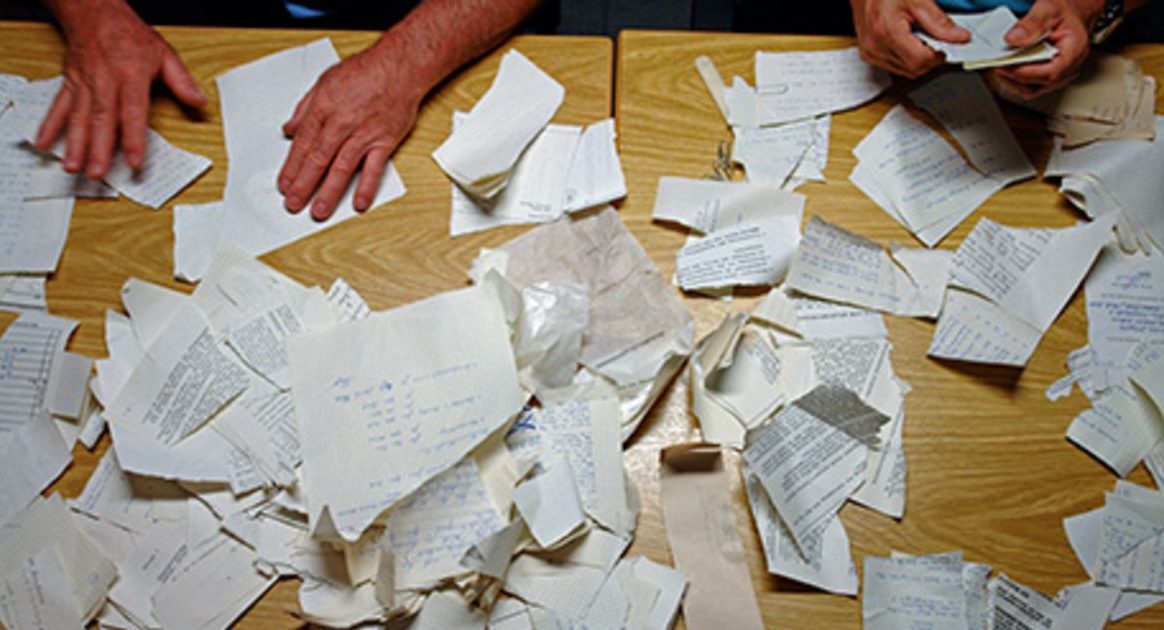 The paper clip, an easily recognisable piece of stationery used every day to bring order to stacks of paper and documents, is a seemingly mundane object. However, in post-war East Germany the paper clip took its most sinister role as it aided the obsessive spying of the Stasi.

The Stasi was the secret police of post-war East Germany (GDR) which was established in 1950 by the Socialist Unity Party of Germany (SED) to maintain their political position and supress non-conformists. The Stasi investigated the lives of all GDR citizens, as well as some in West Germany, in order to eliminate those who threatened the stability of the SED. The Stasi was only answerable to the leadership of the SED and therefore its methods and activities were never controlled. To monitor individuals, the Stasi would secretly spy on its citizens by observing homes and intercepting mail and if people were discovered to be non-conformists then interrogations, arrests and violence would be used against them. The Stasi kept records on six million of its citizens, not only with written documents but also photos, film and sound recordings. By the time of the fall of the Berlin Wall in 1989 there were 91,000 full-time employees and 189,000 unofficial collaborators working for the Stasi. But despite its techniques of mass observation it was impossible to supress the opposition to the SED and its democratic thinking which led to the Peaceful Revolution of 1989/90. This event saw the fall of the SED in East Germany after 40 years and allowed for the unification of Germany.

Puzzle Women and the Reconstruction of a Destroyed Archive

However, when the Berlin Wall fell Stasi officials removed the paper clips and destroyed the files in order to erase any traces of unlawful activity and personal details of Stasi officials, so millions of documents were shredded or torn up. The destruction of the documents was soon halted when Stasi offices were taken over by citizens from December 1989. The Stasi Record Act of 1991 allowed the public to access the Stasi archives and read the data collected about them. Over 15,000 collections were discovered with billions of fragments of paper within them. All 111,000 metres of documents are safeguarded by the Federal Commissioner for the Records of the State Security Service of the former German Democratic Republic (BStU) and it also oversees the reconstruction of torn-up documents. At first this reconstruction was done by hand by 1,800 women, known as puzzle women, but today they are aided by a computer programme which produces a high-resolution image of the fragments and uses algorithms to piece together the documents.

In over 20 years more than 1.5 million pages have been reassembled by hand and as of 2016 an additional 60,000 pages have been restored via the virtual reconstruction process. The Stasi archives are in constant demand as since 1991 2.5 million requests have been made to access the ever-growing collection of Stasi files. And so, the paper clip, a symbol of organisation, aided the surveillance of six million Germans and during the Peaceful Revolution helped to cause chaos as files were jumbled up. So, the history of the paper clip reveals both order and chaos.

To hear more about the history of the paperclip, listen to our podcast!