The Reign of Terror was a period during the French Revolution where the original, pure ideals of the revolutionaries were overtaken by extremism. At the beginning of the revolution its humanitarian ideals had been celebrated throughout the western world. The Revolutionaries had argued for civil liberty, popular sovereignty, equality before the law; for the legality of divorce and for full status to be granted to illegitimate children. They also argued for the abolition of primogeniture, slavery and discrimination against Protestants and Jews.

In 1789, the British Ambassador in Paris wrote: ‘The greatest revolution that we know anything of has been effected with, comparatively speaking, if the magnitude of the event is considered, the loss of very few lives: from this moment we may consider France a free country’; the House of Commons proposed to the Lords a ‘day of thanksgiving for the French Revolution’; and a popular poem even celebrated the new-found freedom of the old enemy.

The Arrival of Terror

But by 19 Jan 1794, General Louis Turreau declared his intentions for the rebellious Vendée:

‘My purpose is to burn everything, to leave nothing….all brigands caught bearing arms, or convicted of having taken up arms to revolt against their country, will be bayoneted. The same will apply to girls, women and children in the same circumstances. Those who are merely under suspicion will not be spared either…’

By that Spring, almost 16,000 had been  guillotined with records carefully kept and perhaps 40,000 more, unrecorded. Around 200,000 corpses at least littered the Vendée region of France alone, cast aside in rivers and ditches or buried in mass graves. Some scholars claim more than double that figure for all of France,

Smiling in the Face of Death

The theatre of this period of the revolution was public execution. The king’s mistress Madame du Barry screamed so loudly at her own public execution that she could be heard on the other side of the River Seine. According to the executioner Henri Sanson she was hysterical: her teeth chattered with fright and she ‘cried as I have never see anyone cry’. Others conquered their fear and used the smile as a powerful symbol of resistance and political defiance by affecting controlled and brave smiles as they mounted the scaffold. These became  known as ‘scaffold smiles’.

To find out more read our chapter on the history of the smile in Histories of the Unexpected: How Everything Has a History and listen to our podcast on the smile!

16, 9, 2019 - Unexpected Holes Holes are an unexpected hidden history with plenty of stories that can be .... Read More 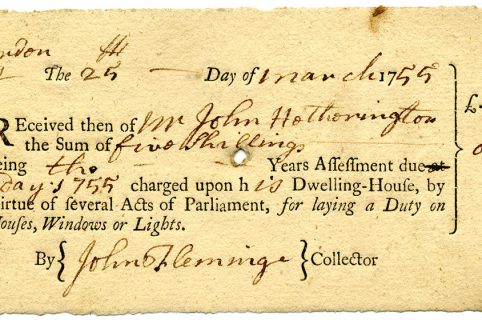