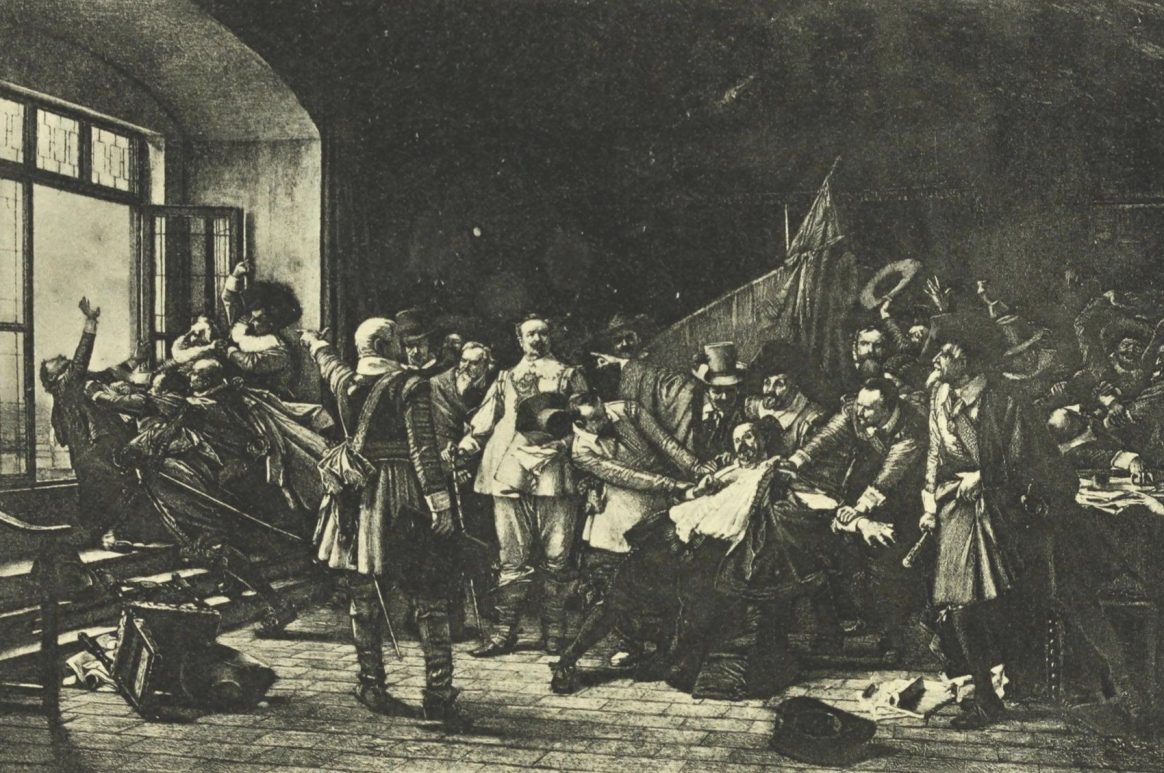 In 1609 the  Holy Roman Emperor, Rudolf II, was confronted with and asked to sign ‘The Letter of Majesty’. This letter would allow two main things to take place: the creation of a Bohemian Protestant State Church and, most importantly, religious tolerance to both Protestant and Catholic citizens who were living in the lands of Bohemia. However, in 1617 Roman Catholic officials in Bohemia closed Protestant chapels, being built by citizens of Broumov and Hrob, violating their religious liberty guaranteed by this letter.

The Letter of Majesty was used by the Protestants to claim their rights. They called an assembly of Protestants at Prague. Here they found the imperial regents William Slavata and Jaroslav, along with their secretary Fabricius. They were tried and found guilty of violating the Letter of Majesty and as punishment they were thrown out of the windows of the council room of Hradčany on the 23 of May 1618. This marked the beginning of a Bohemian revolt against Ferdinand II, the Habsburg emperor at the time and became one of the opening phases of the Thirty Years’ War.

Throwing people out of windows was a very clear and popular political statement at the time. To read more on how it tied into events such as the St Bartholomew’s Day Massacre of Huguenots in 1572 read the chapter on ‘Windows’ in Histories of the Unexpected: The Tudors

#On This Day – Perfume