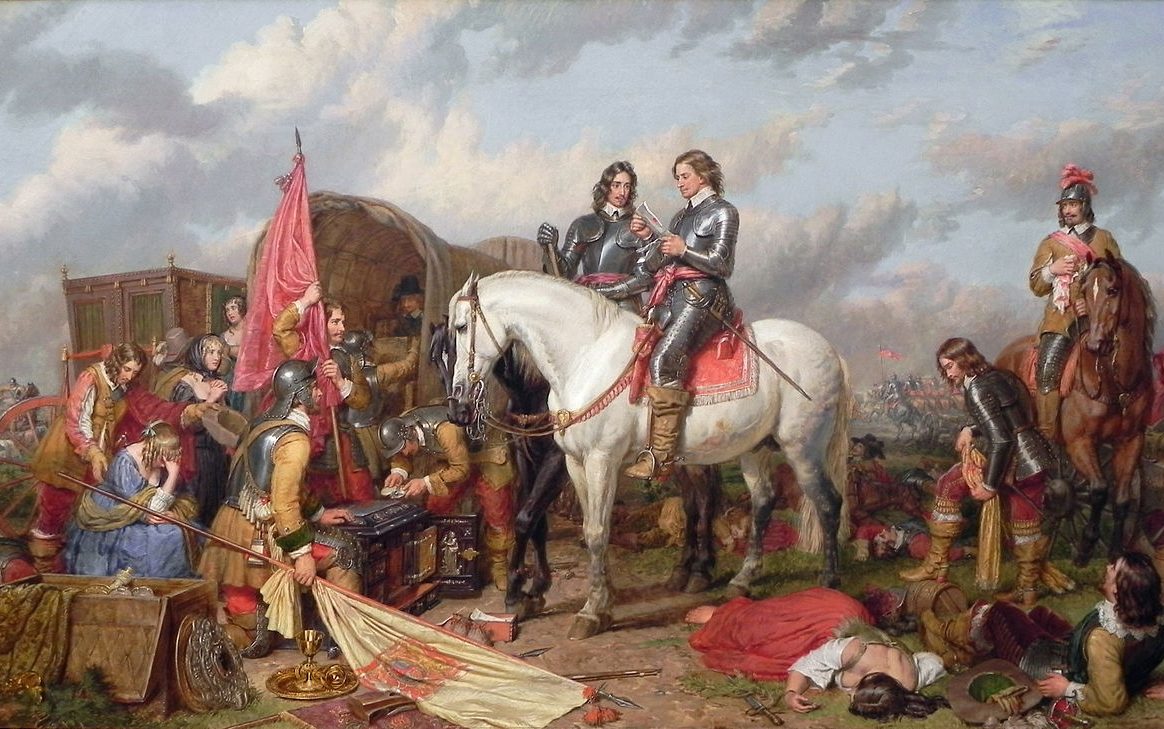 What would you do if the government banned Christmas? Your glorious Christmas dinner outlawed. No Christmas tree, no mince pies; no longer a special day. What a silly thought, right? Incredibly though, this has happened before. During the sitting of the long parliament (1640-1648), the holy day of Christmas was abolished, and the celebration of Christmas was to become a punishable offence until the restoration of the monarchy in 1660. Unsurprisingly, this turn of events did not go down well and the festive spirits of many English men and women could not be dampened. Some celebrated in secret and some began outright rioting. Let us take a brief look at this rather unexpected course of events.

England during the mid-17th Century was undergoing a period of historic and intense turmoil and upheaval. Indeed, it was during this period that the English Civil War raged across the country, fought primarily between the forces of King Charles II (Cavaliers) and the supporters of Parliament (Roundheads).

Religion was also a key issue at the time. To the people of 17th Century Europe, Religion was no trivial matter and was an incredibly powerful influence on everyone’s lives. That is not to say however, that everybody had the same ideas on how god should be worshipped. 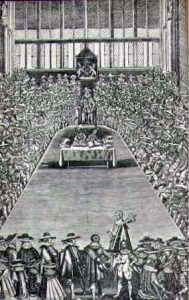 Henry VIII famously broke with the catholic the church over a hundred years prior in 1533 and since that point the state religion had, in theory, been Protestantism. Some of the Protestants in England were Puritans who believed that the Reformation in England had not gone far enough in ridding the country of the influence of Catholicism. They began to become influential in society and even Members of Parliament began to share Puritan convictions. They were keen on reforming and purifying society. Holy days and celebrations such as Easter and Christmas were condemned as superstitious and compulsory monthly fast days were established. In 1644 when Christmas day fell on one of these monthly fast days, Parliament ordered the fast to be kept:

‘The people to be exhorted in all Churches, etc., to keep the Public Fast.; And not to use any Sport or Trade on the day thereof; Offenders names to be returned to the Knights of the County.’

Later, in 1647, all holy festivals were officially abolished by Parliament in an ordinance reiterating the belief that Christmas was mere superstition. Christmas day was thus to be spent by keeping ‘abstinence from food, as by publike (public) Prayers, Preaching, and Hearing of the Word of God’. Imagine! Parliament not only banned people from celebrating Christmas but also banned them from eating any food at all, let alone their Christmas dinner. This act was not something many were willing to accept. There were protests and riots in major cities across the country, many of which needed to be broken up with force. Some of these, like one in Canterbury in 1647, were ‘football riots’, as the crowds brought out footballs for a game as the football was a ‘traditional symbol of festive misrule’.  So the unexpected history of Christmas in a way includes a very English display of football hooliganism!

To find out more about the history of Christmas listen to our podcast!