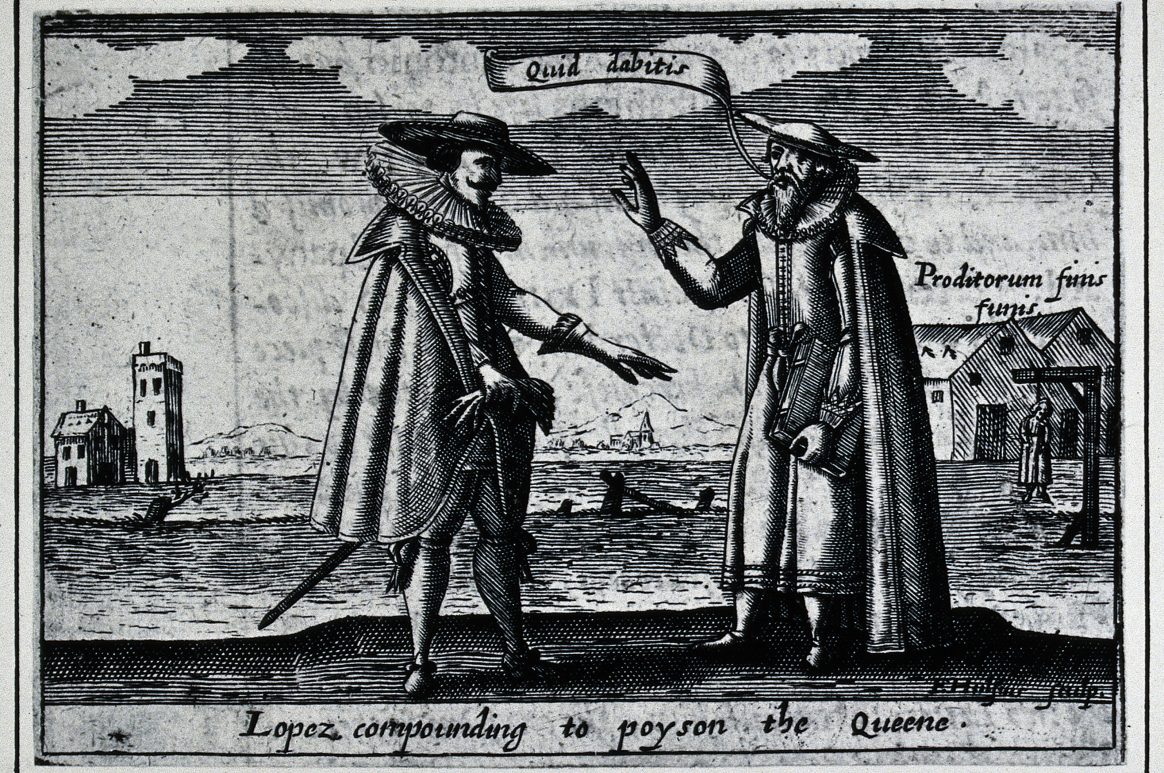 A weapon is traditionally thought of as a sword, gun or bow and arrow. Indeed, these weapons are noticeably able to cause great harm or, in most cases, kill their opponents. However, a more unconventional choice of weapon is poison. Still having the ability to kill a long, slow and painful death, yet at a glance the receiver of such weapon would be unaware of their fate. Poison was what brought Elizabeth I’s Chief-Physician Roderigo Lopez at the peak of his career crashing down towards his execution. He remains the only royal doctor in English history to be executed.

Roderigo Lopez and Elizabeth I 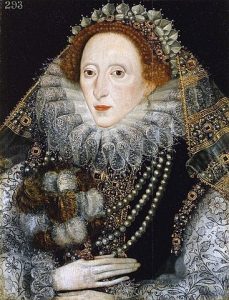 Roderigo Lopez was born in Portugal, he was the son of a Jew but forcefully baptised in 1497 as a New Christian. It is known that he and his wife, Sarah, secretly practised Judaism and so fled to settle in London in 1559 during Elizabeth I’s accession. He quickly rose to become a popular physician in London, with neither his origin nor Jewish background holding him back in his career.

Queen Elizabeth made Lopez her Physician-in-Chief at the Royal household in 1586. There had been slander around Europe during the 1500s that Jewish doctors had murdered and poisoned their patients, such beliefs did not do Dr Lopez any favours as the events surrounding the poison plot played out. Lopez was found to be associated with poison in 1584, when his name appeared against poisoning a patient in a pamphlet from Leicester Commonwealth. This was a Roman Catholic tract that was attacking the earl of Leicester, who had been a previous patient of Lopez.

The Poison Plot and Lopez’s Downfall

The poison plot which Lopez was associated with began when Don Antonio, claimant to the Portuguese throne at a time when Spain had invaded and seized control of Portugal, took refuge in England and gained the support of Lopez. He persuaded Elizabeth to allow them an expedition to Lisbon to place Antonio on the throne. This quickly failed, to which Lopez’s next appointment was on behalf of Francis Walsingham as a double agent to gain information from the Spanish. After Walsingham’s death in 1591, Lopez continued correspondence with the Spanish without the knowledge or authority of the English government, this did not prove well during his trial as it looked deceitful. Some historians argue though that there was no hard evidence that Lopez was conspiring to poison Elizabeth, but the Spanish connections provided a route to his downfall.

After making the enemy of the Earl of Essex by openly telling about his sexual infections, which Lopez had examined, Essex ultimately sealed Lopez’s fate as revenge. He discovered and released the correspondence between Lopez and Spanish officials. Essex had two Portuguese agents tortured, causing them to confess that they were involved with the Spanish Crown, in a plot to poison the Queen. During his trial Lopez’s secret practice of Judaism was discovered. This plot of poisoning the Queen led to his sentencing of high treason. He was hung, drawn and quartered on 7th June 1594. Some have suggested that the case of Dr Lopez influenced Shakespeare’s character of Shylock in The Merchant of Venice.

To find out more about the history of weapons listen to our podcast!