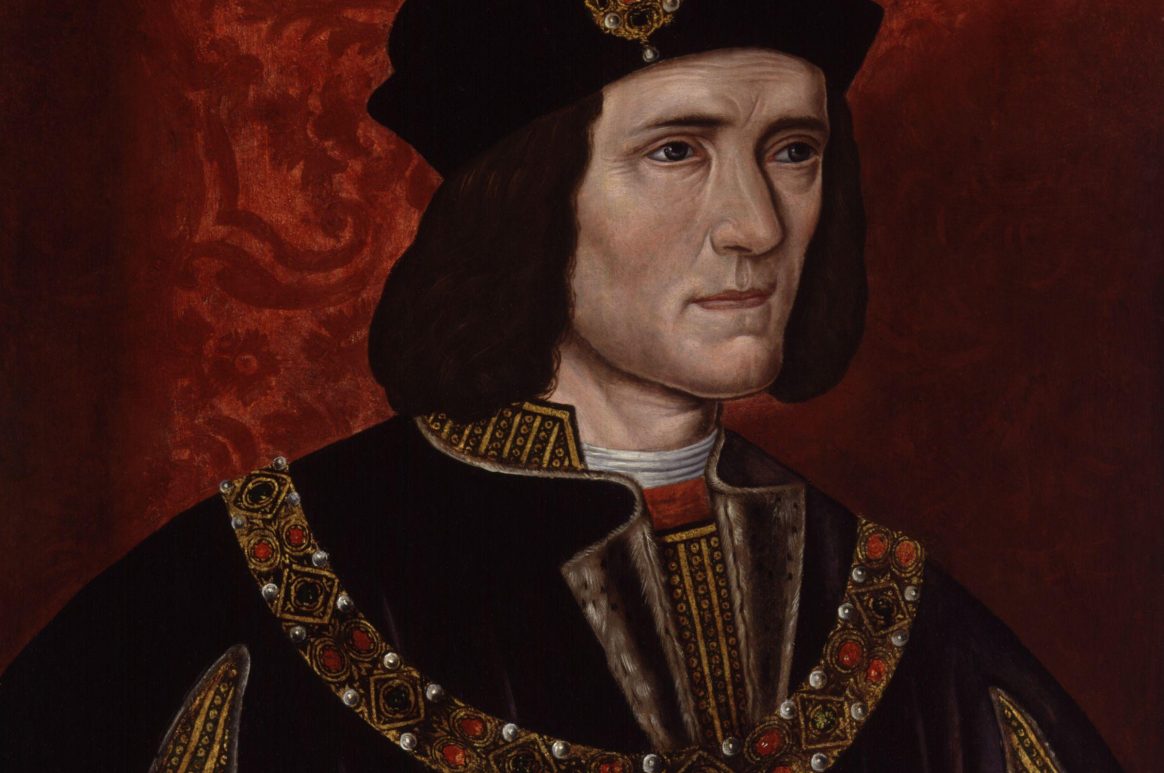 Richard III, King of England, was born on 2 October 1452 at Fotheringhay Castle in Northamptonshire.  Crowned on July 6 at Westminster Abbey, he was England’s last Plantagenet king and the last king of the House of York. Richard fell at the Battle of Bosworth, 1485 to the Lancastrians, led by Henry Tudor, the father of Henry VIII. This was the last significant battle of the Wars of the Roses, and as news reached the Yorkist faction of Richard’s death, his forces disintegrated and fled north, and Henry Tudor seized the English crown. On the field of battle he became Henry VII, upon Crown Hill, surrounded by the fallen and slain, the detritus and blood of battle. Henry had claimed England’s throne by right of conquest.

To learn more listen to our podcast  on t the unexpected history of the Tudors. Traditionally, the Tudors have been understood in a straightforward way but the period really comes alive if you take an unexpected approach to its history. Yes, Tudor monarchs, exploration and religion have a fascinating history…but so too does cannibalism, shrinking, bells, hats, mirrors, monsters, faces, letter-writing and accidents!