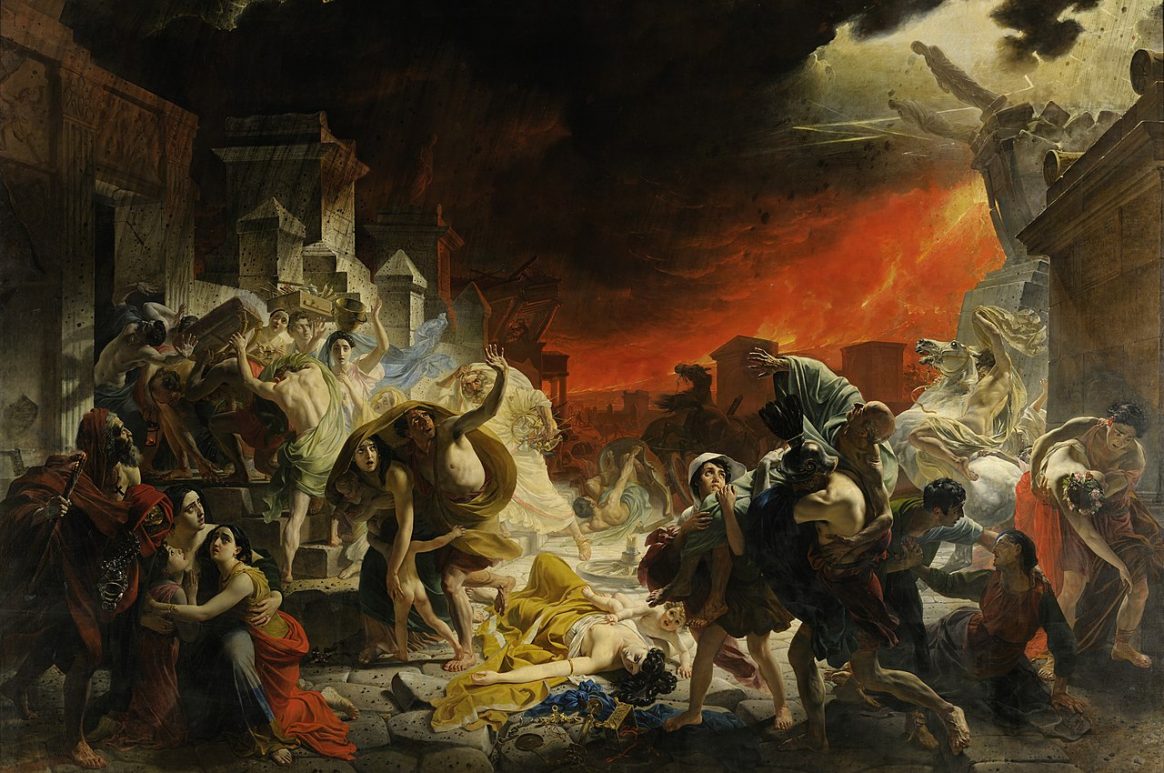 On the 23 August 79AD Mount Vesuvius began to stir! Some eyewitnesses reported early eruptions from the volcano which would bring it’s full, terrifying pyroclastic fury upon the city of Pompeii the next morning. But do you know what the explicit graffiti found in the city after it’s destruction can tell us about subversion and challenges to authoritarian rule or what the Schola tombs located outside the city can tell us about Roman democracy?

To find out more listen to our podcast on the Romans!