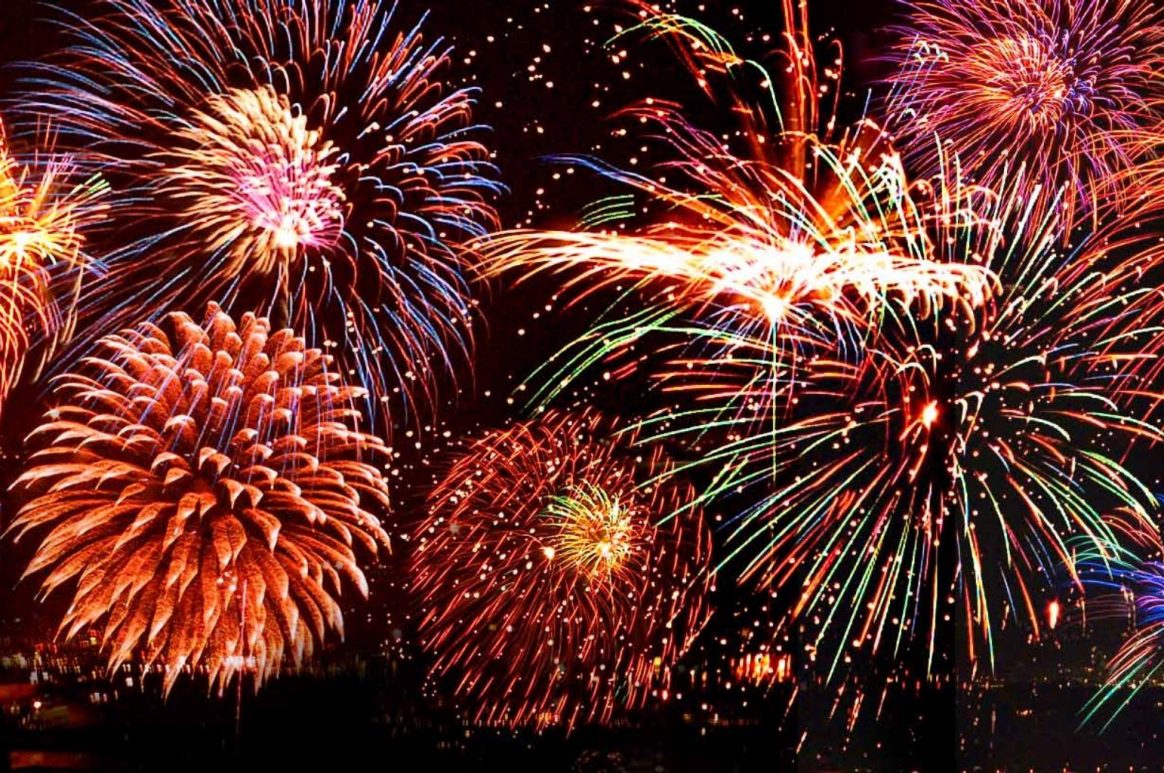 An Unexpected Approach to New Year…

The traditional history of New Year is all about resolutions – about the making of decisions to be kinder, more caring, more generous, to eat less, watch what you drink…At Histories of the Unexpected, however, we think that the subject really comes alive if you take an unexpected approach to its history. Yes, promises, dieting and charity all have a fascinating history in their own right, but the history of New Year is also, in fact, all about sobriety, paranoia, suicide, migration, power in Tudor England and Victorian failure. 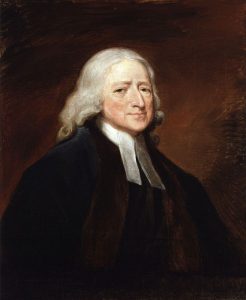 New Year’s Eve is traditionally a time of merriment, drunken and rather raucous celebration, but this was not everyone’s cup of tea, and it was clearly not how the English clergyman John Wesley, the founder of Methodism felt that people should be celebrating the beginning of a new calendrical year. In 1740, as an antidote to this debauchery, Wesley instituted watch night services on New Year’s Eve or New Year’s Day (which were also known as ‘Covenant Renewal Services’). Among early Christians this time of year was commonly a period for reflection and looking back at how one had lived one’s life over the last year, and resolving to life a more Christian life going forward. This new service allowed Methodists to do this in a more structured way, with participants singing hymns, reading from Scriptures. James Ewing Ritchie The Religious Life of London (1870) observed the novelty of this religious sect: ‘in the institution of the watch-night it boldly struck out a new path for itself. In publicly setting apart the last fleeting moments of the old year and the first of the new to penitence, and special prayer, and stirring appeal, and fresh resolve, it has set an example which other sects are preparing to follow’. The popularity of the watch night service spread among evangelical churches, and is commonplace in the United State among African-American congregations today.

The welfare of many millions living in undeveloped rural economies around the world today are still affected by drought but for millennia all human societies were entirely dependent on the unpredictable climate for their health and welfare. This meant that harvests were celebrated and the New Year looked forward to with a certain degree of uncertainty and fear. This in turn led to a high degree of paranoia visible in folk traditions around the New Year as people sought to influence their fortunes in the coming year by controlling their behaviour in the present. A long-established English folk tradition maintains ‘What is done on New Year’s Day will be done all the year’, and an instance in Devon in 1926 re-enforces the power of this superstitious belief where labourers refused to work on New Year’s Day ‘lest it should result in hard work all the year long’. In a similar fashion – and also in Devon – pea soup was only ever made with whole peas on New Year’s Day and not split peas, as split peas would ‘split the luck’ for the coming year.

It has long been recognised by sociologists that the New Year has particularly high rates of suicide. Historically when combined with major upheavals this could lead to significant spikes in suicide. The ‘Southsea Bubble’ of 1721, for example, had a devastating impact on investors who had sunk everything they had into the enterprise. When, in 1720, the South Sea company was granted a monopoly to trade with South America and a promise of 5% interest from the Government, speculation ran wild…until the bubble burst leaving many, previously wealthy or of reasonable means, suddenly destitute. In London in 1721, recorded suicides increased from 27 in 1720 to 52 in 1721 and were particularly bad in January. They were reported in the papers. We know from the Weekly Journal, for example, that in January of that year, six people ‘hang’d themselves…One at Christ-Church in London, three (being dis- tracted) at St. Giles in the Field, one (being Lunatick) at St James Clerkenwell, and one at St. Martin in the Fields.’ The same newspaper also recorded how a gentlewoman through herself from a window. The ‘Bills of Mortality’ likewise evidence people taking their own lives, recording in January 1721 that a man hanged himself at the church of St Andrew Holborn ‘being distracted’ – a term used to infer mental disturbance. 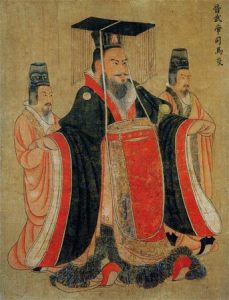 The Chinese have a long and fascinating relationship with New Year. During the Han dynasty (206 BCE – 220 CE) five separate festivals were celebrated: a fiscal New Year in the autumn; the winter solstice in December; a ‘People’s New Year’ in January; a Lunar New Year also in January; and a seasonal New Year in Spring. Today however Chinese New Year has become almost entirely focused on the period around just one of those five festivals, the Lunar New Year, in an extended celebration which lasts for over a month. One of the most ancient traditions of this New Year is to re-unite with one’s family, as western cultures do at Christmas. Since the 1970s Chinese society has radically changed as huge cities have grown drawing millions of workers out of the countryside to seek work – in a similar fashion to the urbanisation experienced in the western world during the Industrial Revolution. A spectacular improvement in transport networks throughout China in the same period now means that, during the Lunar New Year celebrations, an estimated three billion journeys are made in what is considered the world’s largest annual migration: so many people leave Beijing that the city’s mean temperature actually falls.

At the Tudor court, New Year was intimately connected to power, as courtiers resolved to extend their influence with the monarch by exchanging lavish New Year’s gifts. The long-standing custom of giving gifts to the monarch on New Year’s Day was a lavish and ritualised public ceremony that took place at the heart of the Tudor court, in the royal presence chamber. The Master of the Jewel-House and his assistants carefully recorded gifts given to, and received from, high ranking nobles and members of the royal household. These details were transferred to ‘gift rolls’, sheets of paper or membranes of vellum stuck or stitched together to form a single document measuring up to eleven feet in length, and which was then rolled up and stored in the Jewel House. One of the most intimate depictions of gift-giving at the court of Henry VIII survives in a 1538 letter from John Husee, the court agent of 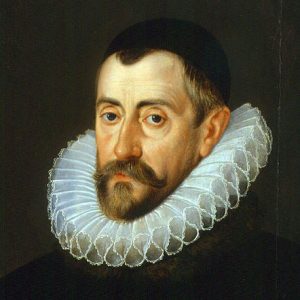 Lord Lisle, the Lord Deputy of Calais. In it he describes, ‘The King stood leaning against the cupboard, receiving all things; and Mr Tuke at the end of the same cupboard penning all things that were presented’. This was a remarkably personal political system that brought courtiers into direct contact with the monarch. Elizabeth I preferred original gifts, and the courtier Elizabeth Wingfield in 1585 counselled the countess of Shrewsbury that gifts of money would be ‘ill liked’. Of much greater prominence among gifts given to the queen were cloth, personal jewellery and trinkets. One of the most lavish was given to her in 1585 by her loyal spymaster and principal secretary Sir Francis Walsingham, who presented the Queen with a sumptuously decorated ‘French gown of russet satin flourished with leaves of silver bound about with a passamayne [or lace] of Venice gold with pendant sleeves lined with cloth of silver’. Thoughtful gifts suited to the queen’s tastes were far more likely to please the monarch and lead to advancement.

For the Victorians the New Year was all about failure. The beginning of January was a time to take stock, to look back at the old year, for individuals to ‘review more or less carefully and impartially the history of the past year as it concerned themselves’, and remember their ‘mistakes’ and ‘regrets’. This introspective look at one’s recent past – in true Scrooge-like fashion – was accompanied by ‘resolutions of amendment and promises of avoiding habits and customs that have been injurious’. Yet despite all these good intentions more common than not, such high-minded notions were fleeting and doomed to failure, something that was recognised at the time. Indeed, an editorial in the British newspaper, Worcester Journal dated 6 January 1883 stated ‘it unfortunately happens that New Year’s Day resolutions are often of the most transitory kind, and they pass away almost with the mists of the morning on which they are formed’. It continues remarking that it would in fact have been better not to make any resolutions ‘for there is nothing so destructive of self-respect as the abandonment of purposes for self-discipline which had been deliberately formed and openly avowed’.