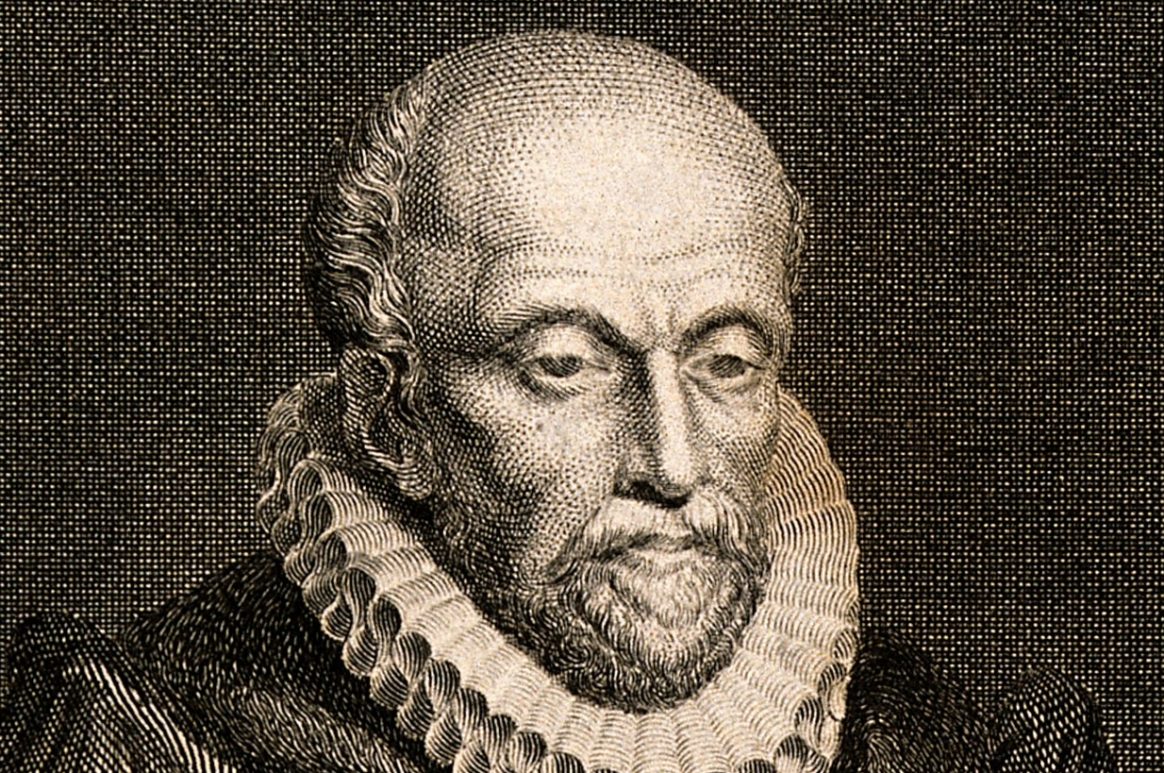 John Stow (1525-1605) was a prolific Tudor writer, historian and antiquarian whose many books and chronicles are invaluable sources of information in the study of Tudor England. He was born in London into a family of liverymen but there is no record of him ever having received formal education, leaving us to assume his knowledge was self-attained. After becoming an apprentice, he set up his own business and in 1547 he became a freeman of the Merchant Taylors’ Company. His real interests, however, were collecting historical manuscripts and then writing sources of his own. He was a member of the Society of Antiquaries and through this came into contact with many other leading antiquarians of the time, often making his collection of sources available to them which ensured he remained popular amongst his contemporaries.

Stow’s best known work is this extremely detailed account of London at the time. The survey goes into great detail about the buildings, geography and pastimes of the city and its inhabitants. It is an exhaustive tour of London, which gives us the history, social standing and customs of each area in a ward-by-ward way. This topography gives historians today one of the best accounts of life across London in the late Tudor period. He released a second edition in 1603, and many more versions of the book were released after his death in 1605, which expand on Stow’s work, with some even adding illustrations.

Stow’s 1592 Annals of England, another of his well-known and important books, attempted to chronicle the entire history of England, but what we find from him about the year 1562 is slightly worrying! It seems to have been a frightful year as Stow lists an above average number of shocking events involving monsters. Apparently, a foal with 2 heads and a pig with hands and fingers were born, along with a “man child”. To a Tudor reader, these events represented a disruption in the “great chain of being” which defined the Tudor world view. The fact that so many monsters were sighted in one year meant, according to the Tudors, that God had been enraged.

To find out other ways in which monsters link to the Tudors in unexpected ways, read our chapter in Histories of the Unexpected: The Tudors!

And to hear more about monsters, listen to our podcast on the unexpected history of monsters!

Look at this online copy of Stow’s Survey of London