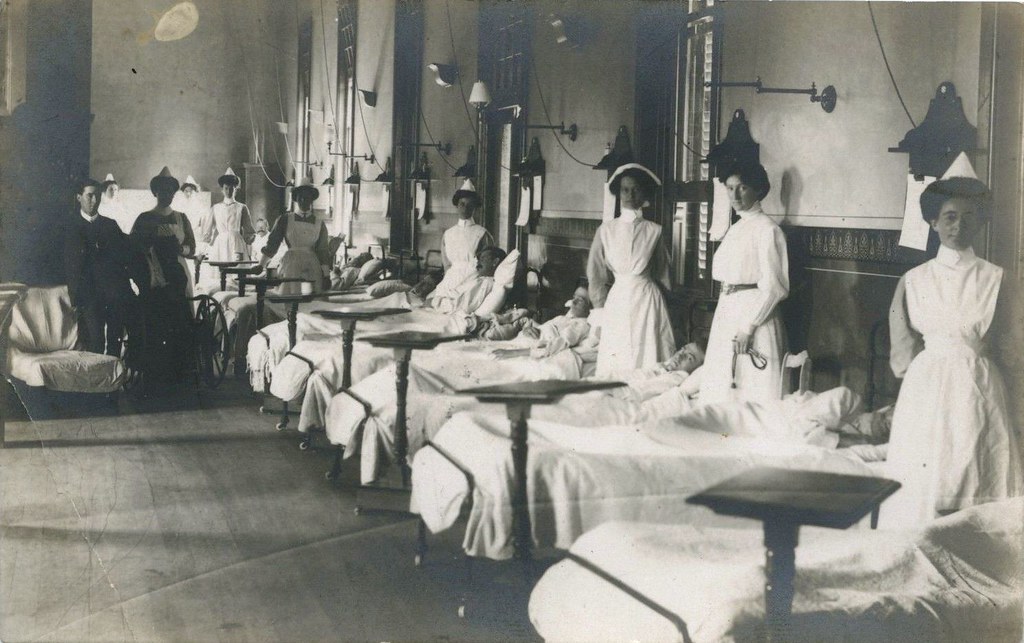 Is there really a more comfortable place than the humble bed? A place of privacy and safety. Personal and yours. What more is there to it?

As it turns out, quite a bit. The bed has been the stage for important developments during history, particularly that of the hospital bed. In the First World War, the hospital bed embodied the dramatic changes in medical care for wounded soldiers such as improved surgery techniques, blood transfusions and better management of infection. As a result of these changes, many more soldiers lived than died from the injuries that they suffered on the muddy battlefields of Europe. Yet, the hospital beds of the First World War do not tell a happy story.

The global conflict created thousands upon thousands of casualties, both physical ones and psychological ones as shell shock became increasingly recognised as a serious problem. Many found themselves in steel-framed, functional, immaculately neat hospital beds set out in precise formation as regimented as any military parade. The war created so many casualties that these beds could be found in buildings you might not expect: an injured man could find himself convalescing, or dying, in anything from an elementary school to a townhall to a palace. These hospital beds, in a sense, represent the totality of the First World War, as the efforts of the home front became important as well as those on the battlefield. There can be no mistaking though, despite the strident improvements in medical care, that these beds were also the deathbeds of many. To the famous war poet Siegfried Sassoon, the hospital ward was a sombre place, and a site where lives regretfully flickered out. His poem The Death Bed (1917) laments this, and the injustice of war:

“Light many lamps and gather round his bed.

Lend him your eyes, warm blood, and will to live.

Speak to him; rouse him; you may save him yet.

He’s young; he hated war; how should he die

The Hospital Bed of the First World War also helped herald a ‘new epoch for women’ as their work during the war in the hospitals ‘greatly advanced the position of women in the medical world’. The world of medicine at the time was undisputedly a man’s world, but there simply were not enough men to staff the hospitals during the war. This is not surprising, considering there were over three thousand auxiliary hospitals (ran by the British Red Cross & Order of St. John) alone, not counting the military hospitals and Casualty Clearing Stations maintained by the Royal Army Medical Corps (RAMC). As a result, women took on many of these medical roles in the place of men, from doctors to nurses, and proved themselves as capable as their male counterparts. The effort of women like these likely contributed to the advent of women’s suffrage in 1918 as they demonstrated their capabilities and importance to the war effort through taking on the jobs left behind by soldiers.

To find out more listen to our podcast!

Or why not check out our magazine post on Samuel Pepys’s marital bed!