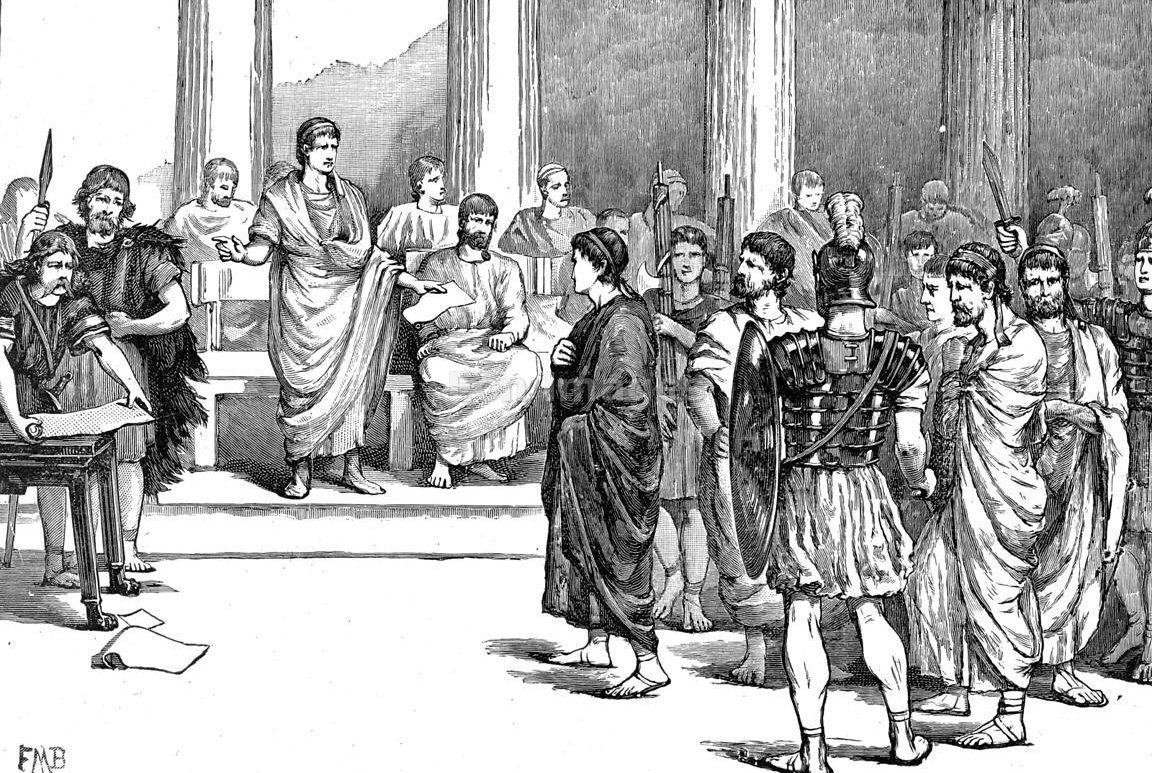 Gaius Sempronius Gracchus was a Roman Popularis politician during the 2nd Century BC, brother to the first prominent member of the reformist faction, the Populares. His brother was murdered in a political riot, and Gaius joined in with the immediate outcry and revolt against senator Scipio Nasica.

With his brother on his mind, Gaius Gracchus acted powerfully as land commissioner in implementing his brother’s agrarian law, which included removing Roman Soldiers from Sardinia. He ran for the tribunate in 123 BCE and came fourth, but won on his second attempt in 122 BCE when he campaigned for popular issues such as regulating the grain supply. He set off to Africa aiming to organize a new colony on the site of Carthage and to introduce a citizenship bill.

Gaius’ support was from the poor citizens, largely made up of Italians. Although Gaius was looking to organize this new colony his Italian support was bribed away after the Conservative tribune offered twelve new colonies in Italy, leaving Gaius with around half of his support left.

The use of Litters:

Gaius’s writings are full of descriptions of everyday Roman life. In one account, Gaius tells the story of a Roman nobleman who is being carried, by litter-bearers, through the Italian countryside. A peasant jokingly asks whether they are carrying a corpse, and is ordered to be beaten to death by the nobleman. Gaius disapproves of the litter, portraying it as dangerous and corrosive of Roman moral standards.

The way you walked and who you walked with  was one of the first things people would judge you on in Roman Society and being carried in a litter was a demonstration of immense power. To find out more about this read the chapter on walking in Histories of the Unexpected: The Romans