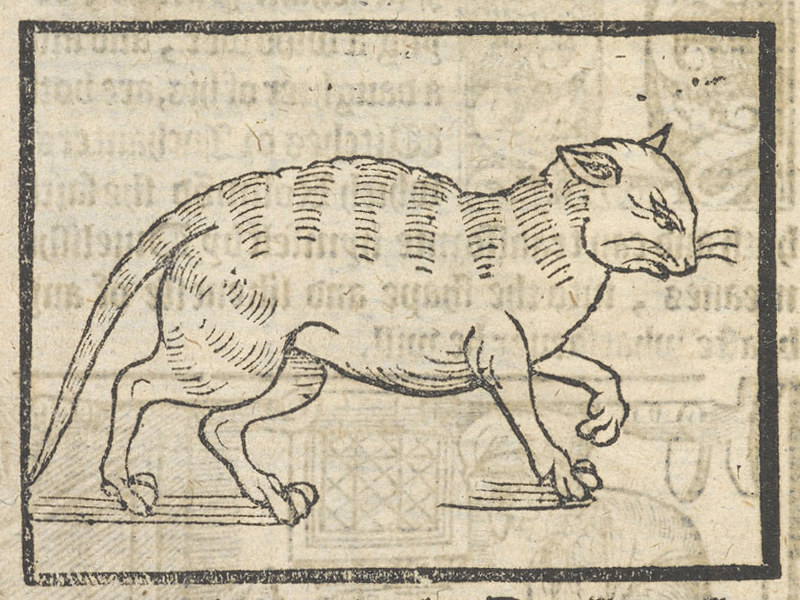 The cat is often a domesticated, well-loved popular pet and companion but was this always the case? In the past they have been treated with great respect, such as in Ancient Egypt. The great goddess Bast stood at the head of the deities in Ancient Egypt and was often personified as a cat.

Due to this symbolism cats were regarded as sacred animals and, in many places, a deep mourning followed the death of a cat. As well as the cat to symbolize her sacred and kind nature, Bast was sometimes represented as a lion to highlight her strength. Cats remains have been found in graves throughout history, suggesting the owners possible love for their cat and for them to be close to their owners even in the afterlife, but also suggesting sacrifice for them to be buried with their owner.

The individual personalities in cats and their roaming behaviours often implies a mysteriousness about them and sometimes even leads to mistrust. This could begin to explain the mistreatment of cats in the past, particularly in relation to superstition and witchcraft.

Religion and ancient rituals have always been part of the past and were increasingly feared by people. This was largely due to the church and ecclesiastical authorities who were seen to uphold and confirm beliefs that witches were linked to the devil and were able to change their form to animals, especially cats, through this link. This supposed change in form led to animals being at the centre of superstitious fear, such as the black cat and its familiarity with witches. The belief that witches were often disguised as cats was written about by William Baldwin in Beware the Cat, published in 1561, in which he stated, ‘A Cat hath nine lives, that is to say, a witch may take on her a Cat’s body nine times.’ The belief that cats were magical and were directly linked to the devil meant they were often used as sacrifices to appease the powers of darkness. Dried cats have been found under buildings and it is believed in some cases that these were foundation sacrifices to bring luck to the new building and to protect against magic and pestilence.

The black cat is often regarded as superstitious, though its meaning differs in different cultures. The belief that the cat is connected to the devil can still be seen in America as it is believed that if a black cat crosses your path you have been noticed by the devil. Similarly, in Germany if a black cat is walking from right to left in front of you then it means the same but if it is walking from left to right then good fortune is coming your way. In England it is considered lucky if a black cat walks towards you, as does owning one. This may stem from King Charles I having been so convinced of his own black cats luck bringing quality that he had it constantly guarded. When it died, he was reportedly devastated that his luck had run out and coincidentally he was arrested by Cromwell’s troops the next day.

To hear more about the history of cats, listen to our podcast!

9, 9, 2019 - Itching The itch is inescapable, from chicken pox to conditions like eczema which many people .... Read More