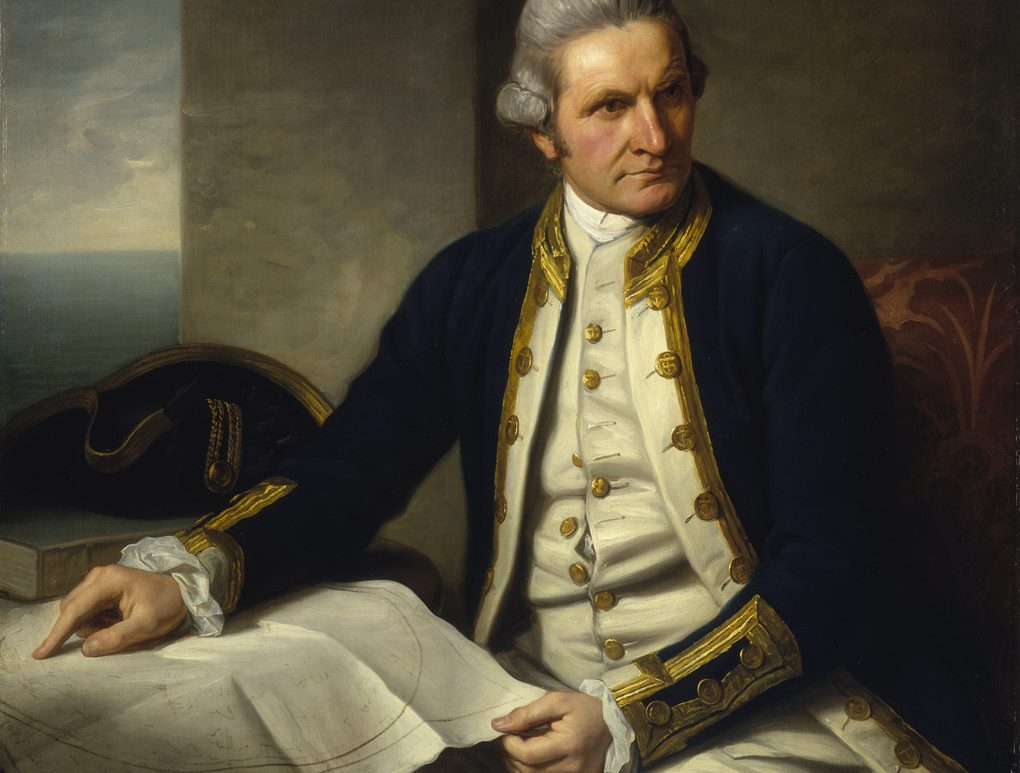 In Western Society, we typically think of gift giving as an act of generosity, perhaps tinged with obligation, but ultimately a voluntary act with no expectation of something in return. In the strictest, dictionary sense, this is true. Unexpectedly though, the history and meaning of the gift goes much deeper than this. For one example, a French Sociologist, Marcel Mauss, argued in 1925 that underneath the seemingly altruistic act of giving a gift there is an underlying expectation of reciprocity. With our exploration of the unexpected history of the gift, let us take a journey across the Pacific with Captain James Cook to Hawaii where he received the incredible mahiole (feathered helmet) and ‘ahu ula (feathered cloak) as gifts. These were gifts fit for royalty and the cloak was made of the feathers of 20,000 birds alone!

James Cook was known as the greatest European Navigator of his time, as well as one of the finest officers the Royal Navy had produced. He also seemed genuinely fascinated by the people he met on his voyages around the globe. An interesting example of his encounters and of gift giving is his time in Hawaii. Here two completely different understandings of the concept of the gift clashed. The English understood it as a commodity exchange: a physical gift of similar value should be given for a gift received. This is likely rooted in the English and European notion that a key aspect of a person’s rights revolved around the sanctity of private property; they had the right to enjoy their own possessions and deny the use of those possessions to others, so an appropriate exchange must take place for them to relinquish an object.

These differences led to a cultural encounter that at times was confusing for both sides and misunderstandings were common. When Hawaiian canoes first made contact with Cook’s ships, they freely offered the fish they had onboard, and, seemingly to the confusion of the Europeans, were willing to accept anything at all in return for the fish and subsequent provisions.

The Europeans did not grasp that goods were not expected in return, and thus were further baffled when Hawaiians later sought to take advantage of the social relationships that they believed they had forged. When aboard Cook’s ships, there were cases of Hawaiians taking hammocks and other objects and being ‘surprised and hurt’ when the Europeans would not allow them to take them. The Hawaiians did not quite have the same concept of private property held sacred in Europe and thus seemed to have a very different understanding of theft – they were brought up in a world where someone could not deny another the use and enjoyment of an object and so saw the English behaviour as ill-natured.

To find out more about the history of the gift listen to our podcast!